The City of Grand Junction has implemented a number of successful conservation programs, projects, and initiatives over the years. These programs help the City become better stewards of natural resources and make more economical choices that improve the efficiency of City facilities.

In 2006, the City of Grand Junction began researching a biogas project that would allow methane gas produced at the Persigo Wastewater Treatment Facility to be used as vehicle fuel. Currently, the facility produces approximately 120,000 cubic feet of gas in the anaerobic digestion process per day.

In 2011, the City began implementing a plan for the future by beginning to purchase Compressed Natural Gas (CNG) fleet vehicles and planning for the construction of a fueling station for them. The first CNG solid waste trucks were delivered within days of the CNG fueling station being completed.

In 2014, the City contracted with BioCNG, LLC to design a system to capture, collect and purify the digester biogas at the wastewater plant to a natural gas quality vehicle fuel. The project included a 5.7-mile pipeline that delivers the fuel to the existing CNG fueling site and is used as the primary source of fuel. The fueling station includes slow-fill stations for fueling City and County vehicles, as well as a public fast-fill station that is operated by a private contractor. In 2021, The CNG station underwent an upgrade to increase capacity held on-site to limit the frequency of flaring at the wastewater plant and the purchasing of CNG when supply was insufficient.

Currently, the equivalent of 400 gallons of gasoline is produced on-site daily and has offset the same volume use of diesel fuel. This has resulted in a carbon emission reduction of approximately 3 million pounds per year.

Since the first purchase of CNG vehicles in 2011, the City (and in partnership with the County) has continued to add to the CNG fleet each year as vehicles come up for replacement. There are currently 70 CNG vehicles between the City and the County ranging from pick-up trucks to street sweepers to transit buses.

The City has received international attention for the biogas project, which is believed to be one of the first in the United States. 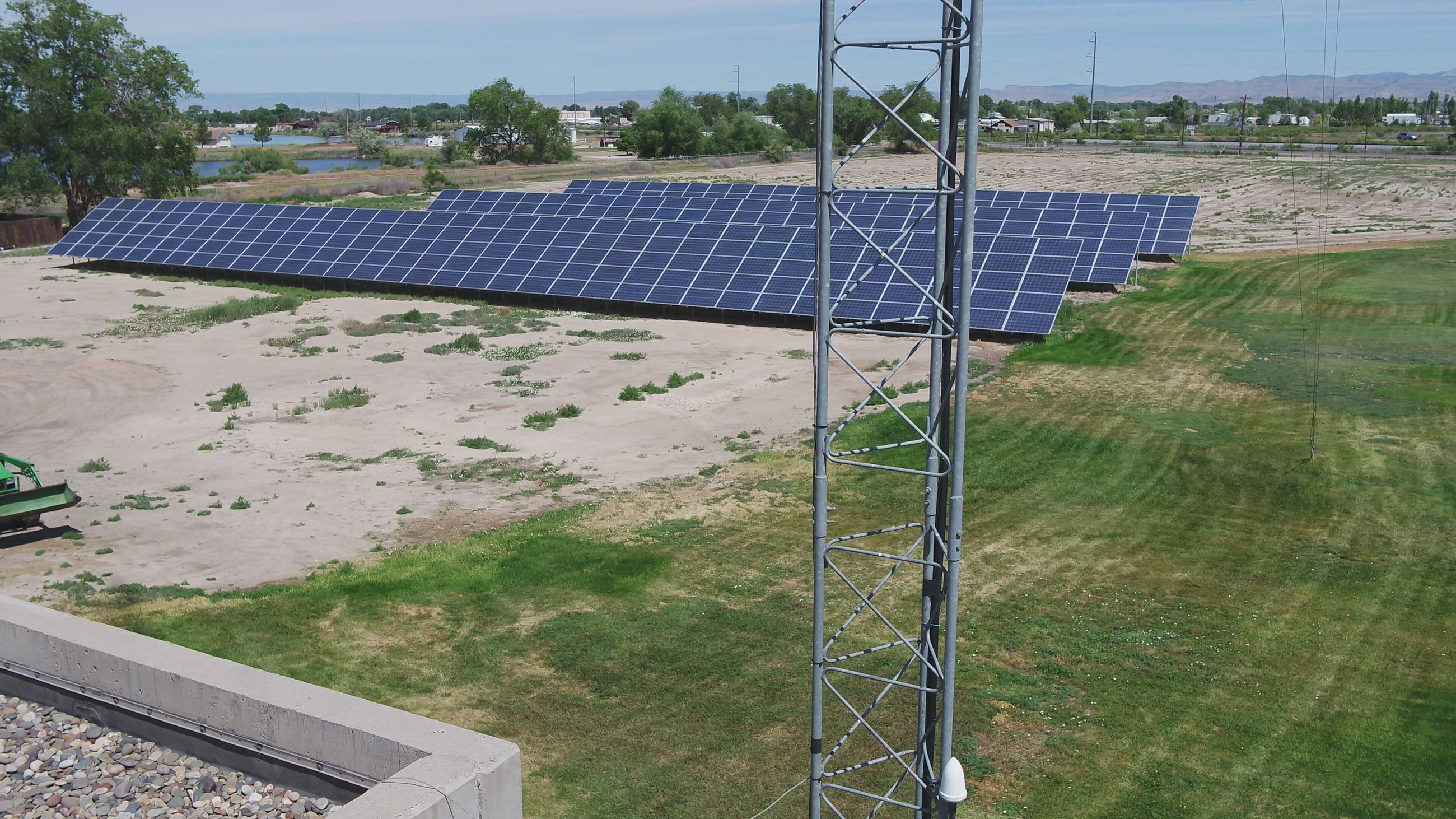 In partnership with Clifton Water District and Ute Water Conservancy District, the City of Grand Junction developed the Grand Valley Regional Water Conservation Master Plan (PDF), which describes a set of goals that either maintains or reduces water use for future conservation for the Greater Grand Valley Area. The Master Plan is an ever-evolving document and is re-evaluated every five years.

The City works regularly to collect data on drought conditions, track city water supplies, and plan for the future to ensure adequate water supplies are maintained in our region.

Working in coordination with water providers (Ute Water Conservancy District, Clifton Water District), the City of Grand Junction has developed a Drought Response Plan for the Grand Valley. This plan includes specific actions to be taken if at least one of the three provider’s supply is at or near minimum storage level targets during exceptional drought conditions.

The City has worked to complete modeling studies and to determine the extent of current water supplies. The City has also researched options for infrastructure projects that will address reliability, resiliency to drought, and long-term supply to meet future growth.

The City currently has 15 modern roundabouts, which are more environmentally sustainable than signalized intersections by reducing wait time and fuel consumption.

More information can be found on the Active Transportation & Mobility webpage.

The City has installed over 315 kilowatts (kW) of photovoltaic (PV) solar at several of our facilities, providing an average of 1,471 kW hours of electricity per day or over 537,000 kW hours each year.

In 2010, the City entered into a Performance Contract with Johnson Controls to complete $2 million of energy efficiency projects at 14 facilities, saving an annual average of 516,000-kilowatt-hours of electricity and 1,192 kilowatts of demand.

The City is a subscriber to the 2 MW Community Solar Garden developed by Ecoplexus, purchasing 27% of the power produced. We are on track to save over $90,000 per year based on the credits received from Xcel Energy for the power we are purchasing from the solar garden.

The City provides curbside recycling services to 4,045 household subscribers and offers a drop-off center for recycling open 6 days a week collecting over 9 different products. The drop-off center sees over 7,000 recycling drop-offs per month. Through these efforts, approximately 1,500 tons of material are diverted away from landfills and successfully recycled by local and national companies.

In early 2022, the City acquired Curbside Recycling Indefinitely (GJ CRI). Previously, the City had contracted with GJ CRI to provide curbside collection services city-wide since 1995. Under City ownership, GJ CRI will benefit from operational efficiencies and the ability to expand recycling opportunities.

In 2020, the Planning Commission and City Council adopted the 2020 One Grand Junction Comprehensive Plan which, in Plan Principle 8: Resource Stewardship, describes current assets and challenges and outlines principles rooted in resiliency and resource stewardship:

In 2015, City Council adopted an Economic Development Plan (PDF) which encourages existing development and redevelopment of business and industrial areas.

In 2006, the City adopted the Watershed Protection Ordinance (PDF) and in 2007, watershed protection regulations (PDF) were adopted to protect the City's watershed on the Grand Mesa.

In 2017, the City began redevelopment of the Las Colonias Park along the Colorado Riverfront Trail,  a former industrial site and former uranium mill tailings disposal site. Today, community members can enjoy an amphitheater, nature trails, a disc golf course, and a business park, among other amenities.

In 2021, the Environmental Protection Agency presented a National Federal Facility Excellence in Site Reuse Award to officials with the City of Grand Junction, the State of Colorado and the Federal Department of Energy for the Las Colonias project.

The City purchased the former Jarvis salvage yard property on the Colorado River, at the confluence with the Gunnison River, and has developed a backwater pond for endangered fish and extended the Riverfront Trail through the property.

In partnership with Colorado West Land Trust and the Bureau of Land Management, the City took deed to the Three Sisters Open Space, preserving it as open space.

Grand Junction has been designated as a Bicycle Friendly Community (PDF), recognizing the commitment to trails and bikeways throughout the community.

Grand Junction has been designated as a "Tree City USA" for more than 38 years indicating that 1% of the City's budget is dedicated to trees. More information about this designation can be found on the Arbor Day Foundation website.